From childhood Matt was involved in sports including rugby league, soccer, karate, squash, BMX racing, basketball, volleyball and has tried just about every other sport at one point or another.

After finding basketball and playing from age 14, he’s been a passionate fan ever since. Matt’s dream is to follow the NBA for an entire season, visiting every stadium and watching every team play.

Matt’s journey with gym and weight training began in his early teen years with his Dad introducing him to ‘the springs’, ‘the bullworker’ and ‘hand grips’. And this lead to a bench press and dumbbell set being permanently located in his bedroom as a teenager.

Matt would rep out on the springs every day, morning and night with bicep curls and rear delt flys as well as doing the hand grips till failure.

Matt completed a Bachelor of Business (Information Systems) then worked in the IT industry for a year and, hating being stuck behind a desk 9-5, Matt wanted to learn sales, so he entered the real estate industry and found quick success.

After neglecting to exercise due to intense work commitments and running on adrenaline, Matt started experiencing symptoms of stress.

At that time, for Matt, stress equaled ‘weakness’. So he kept pushing himself.

Ignoring the symptoms for next 3 months, he eventually crashed.

He resigned within 48 hours.

While the resignation felt like a huge weight had been lifted off his shoulders, the damage caused by pushing himself for the last 3 months wasn’t as easy to get rid of.

The cellular memory of the stress and burnout he experienced never left. He continued to suffer with work stress and work related anxiety.

But that was nothing compared to what came next.

It was August 2006, he was driving his car on a busy road along the Brisbane river when out of nowhere, his heart started pounding like crazy.

Gasping for breath as he pushed himself back in his seat, his heart was pounding a hundred miles an hour.

He thought he was having a heart attack.

This was all happening while still driving as he was unable to pull over to the side of the road.

The ‘attack’ lasted around 8-10 seconds.

Immediately afterwards he had a layer of perspiration over any exposed skin and the tip of his tongue was completely numb.

After a “what the hell was that” moment he composed himself, and with a doctors office just a few minutes drive away, Matt drove straight there.

They connected him up to an ECG machine, and…

All was normal… supposedly.

But things only got worse.

The panic attack happened in August 2006 and the next 4 months were the toughest 4 months of Matt’s life.

He experienced up to 100 heart palpitations per day, lightening-shock feelings in his heart, death feelings, and ended up taking a manual labour job to ensure he had no stress to deal with.

Even still, he only worked an average of 4 days per week, taking sick days off regularly as the thought of going to work bought up feelings of “I will die“. He was almost fired, but managed to explain his past stress experiences to his manager and was allowed to stay.

In the two weeks after the panic attack however, despite the heart palpitations and lightening shock feelings in his heart, Matt knew he had to do something to change the symptoms and feelings he was experiencing.

He started a self-rehabilitation program that became the main driver of the person and lifestyle he lives to this day.

As stage one of his self-rehabilitation, Matt started running. Starting with one lap of a local soccer field, then two laps, then four laps, eventually working his way up to running 6km (3.7mi), five times per week.

An avid reader of personal development books, he started to focus in on reading books on health, self-healing, nutrition, alternative health therapies and techniques for change including NLP.

It wasn’t until 4 months after the panic attack in December 2006 that he experienced a breakthrough that literally changed his life.

He came across a personal development book that shared a technique for creating change in the mind, body and emotions. He implemented the technique immediately and saw results.

For the next 7 months Matt reduced his heart palpitations to almost zero, completely eliminated the lightening-shock feelings in his heart and only had one day off work.

After 10 months Matt was ready to return to full-time work in his chosen field of expertise and took a new job.

Just over a year after the panic attack Matt joined a local gym to complete the next phase of his self-rehabiliation, with the focus to build muscle and strength.

Dedicating himself, he found a training partner and started lifting heavy weights 4 times per week.

This was as much a mental achievement as it was physical.

He also started yoga as a way to balance out his gym training, taking long walks in nature, continued eating organic and improving his overall mental, physical and emotional approach to health.

Throughout this time he also continued to discover or create various mental, emotional and physical hacks to eliminate any residual feelings and symptoms he was suffering as a result of the panic attack.

Despite the panic attack and the severity of the associated feelings, sensations and suffering, Matt never took any pharmaceutical drugs to relieve or treat the stress and anxiety.

Matt continues to use these techniques to this day to maintain optimum health and well-being.

Matt’s currently writing a book about his journey with work stress, burnout and anxiety, and the techniques he used to overcome it. The book will be available by Dec 2020.

These experiences led to the inspiration to create exercises.com.au after purchasing the domain name in 2015 at auction.

Matt and business partner Dmitri Simons spent a year conceiving, planning and filming the 523 exercise demonstration videos that form the foundation of the website.

Fueled by snacking on chicken breast, cucumbers, carrots, mixed nuts, protein bars, coconut water and protein shakes, their filming sessions would last anywhere from a few hours up to a 9 hour session where they filmed 60 exercise videos.

Having a tonne of fun, a lot of re-takes and plenty of bloopers, Matt filmed over 600 exercise and workout videos with Dmitri and other trainers during 2015 and 2016. His personal favourites being the weird car exercises he filmed with Dmitri.

Exercises.com.au is the culmination of experience, hard work and passion, with the end goal being to share the value of exercise and healthy living locally in Australia as well as internationally. 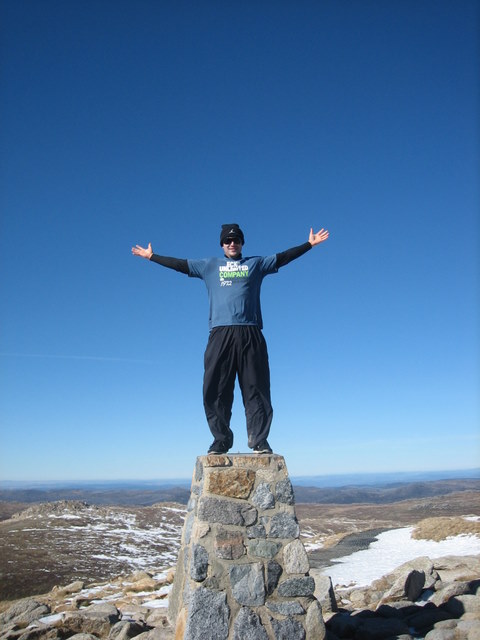 Getting outdoors and staying fit 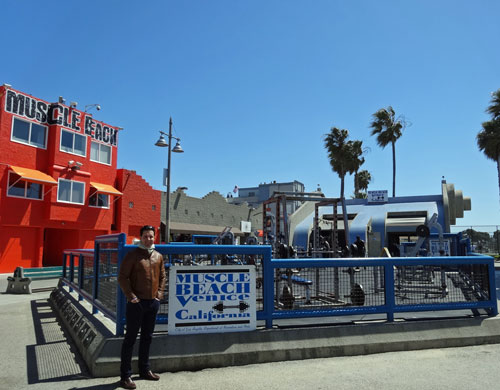 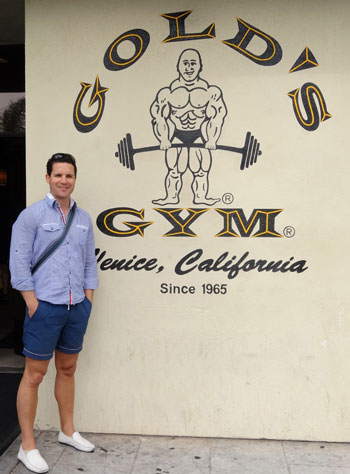 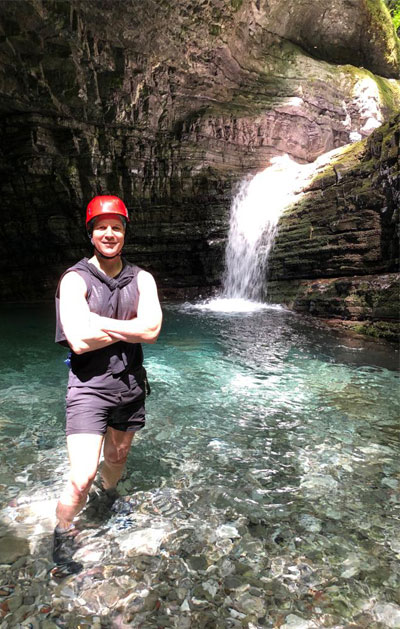 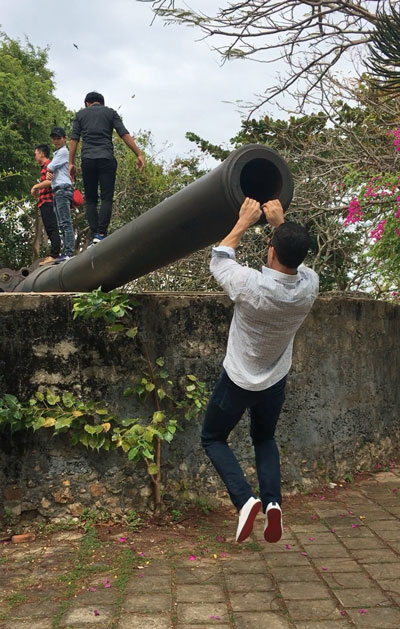 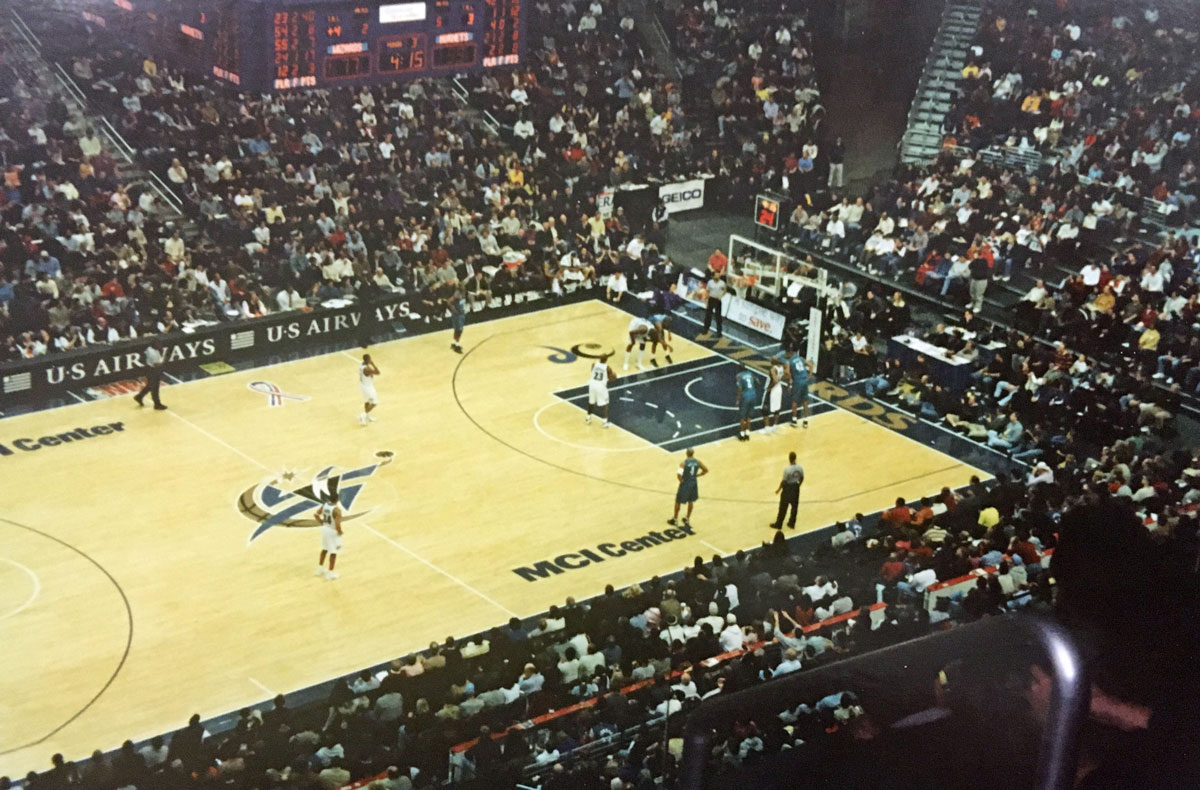 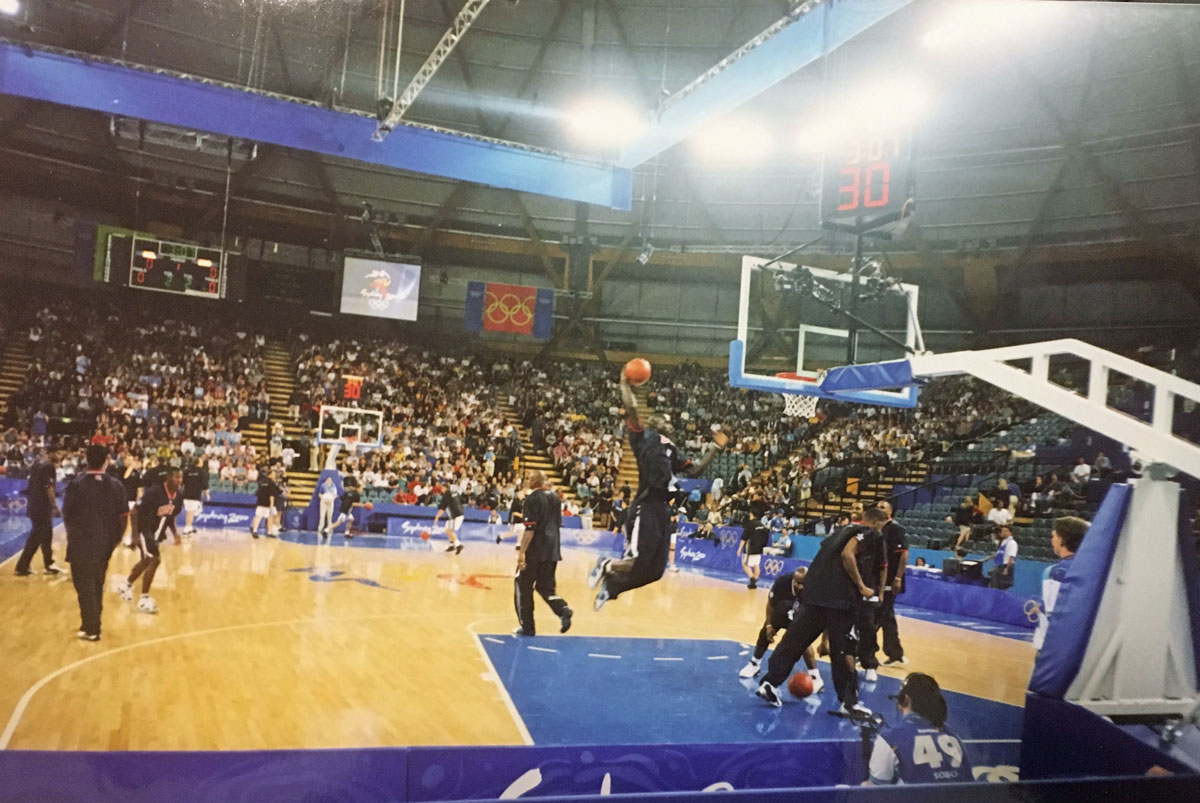 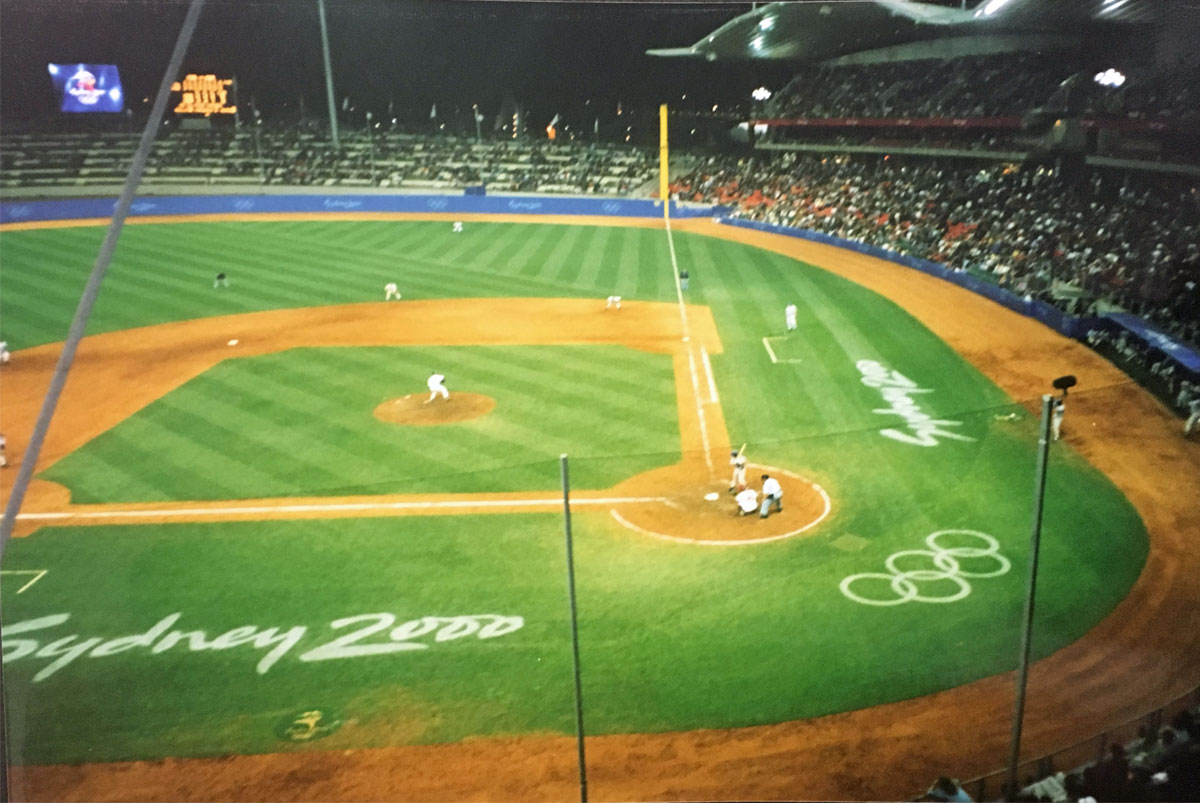 Watching baseball at the Sydney 2000 Olympics 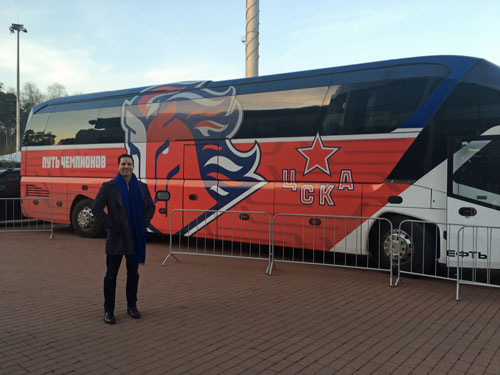 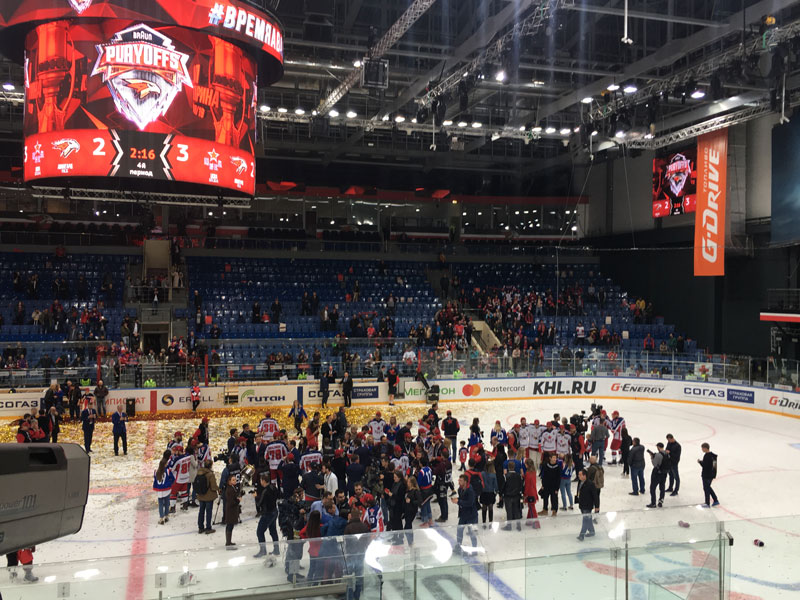 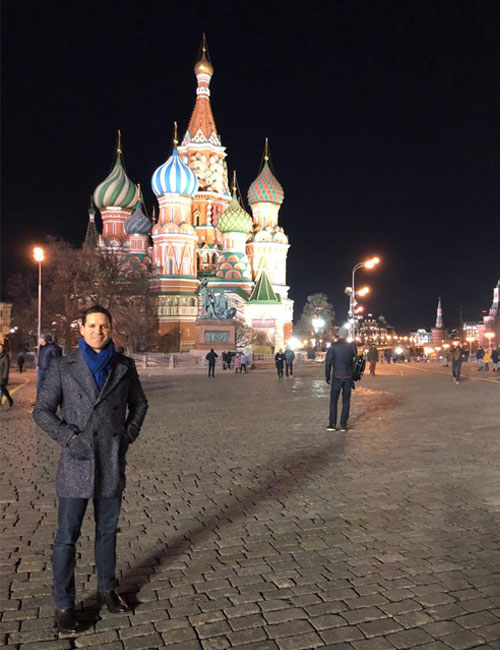 Matt, a digital nomad, lived in Moscow in early 2019 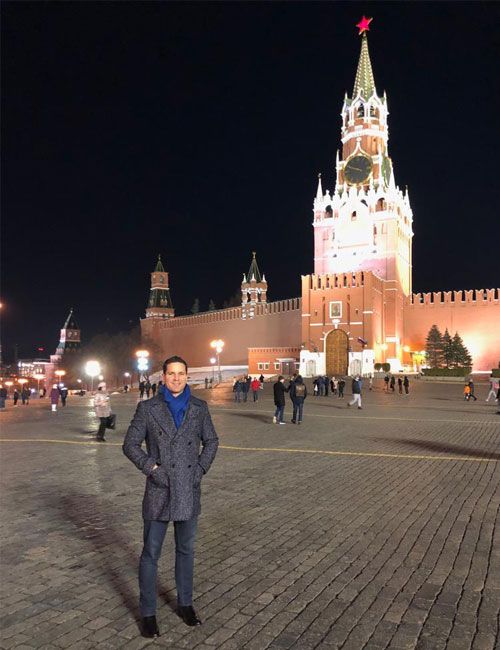 Matt outside the Krelim in Red Square, Moscow 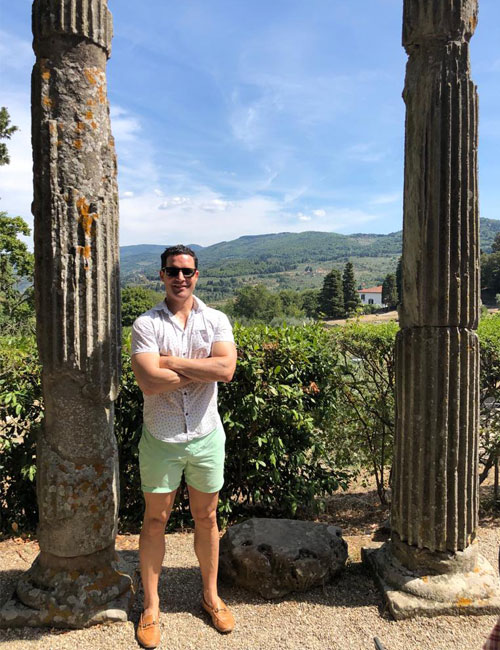