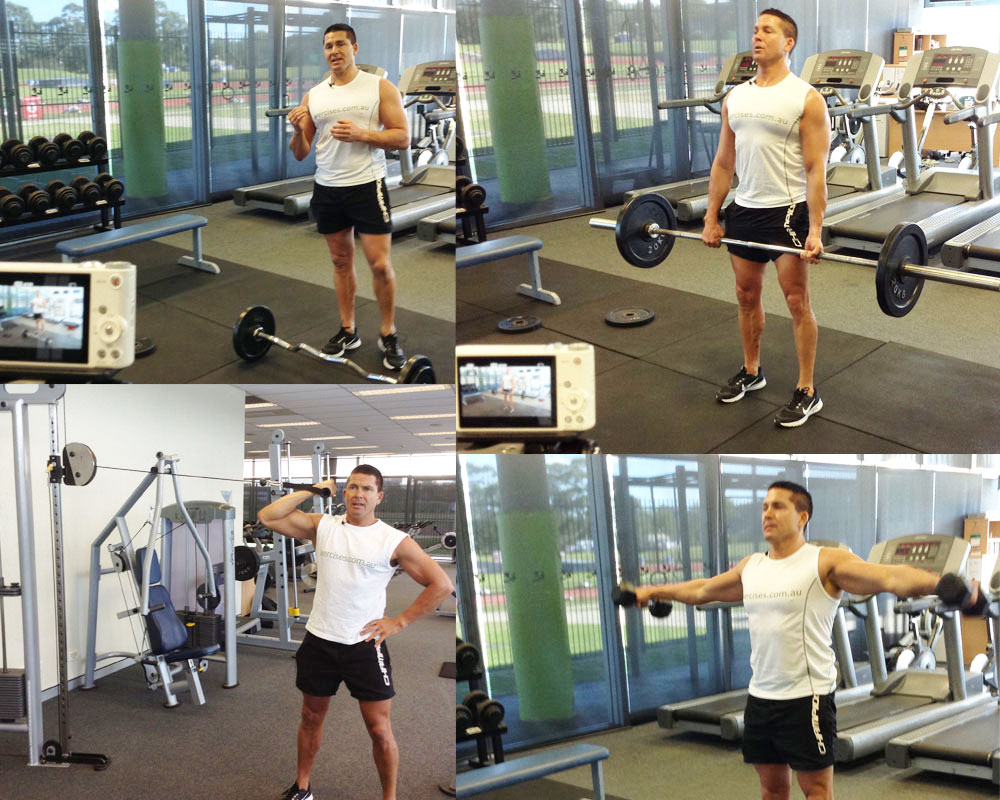 Dmitri Simons is the Co-Founder of Exercises.com.au, a Personal Trainer, Triathlete, Qualified Chef and Father of 5.

Dmitri was born in Papua New Guinea and has traveled the globe extensively, living in Holland and Australia. His interest in health and fitness developed early in his life starting with Judo at 5.

After developing a friendship with a local quadriplegic found him pushing a wheely bike around a hilly neighbourhood, he fast became a quality runner and won numerous school sporting awards for a range of different sports at a school and regional level.

Sport continued to be a positive and rewarding interest for Dmitri, and in his early teens he returned to his sporting best in team and field sports.

Dmitri has remained committed to many sporting interests throughout his life and has participated in a wide range of individual and team sports at local, state, national and international levels.

Parallel to his interest in nutrition, Dmitri participated in running, martial arts and weightlifting until he decided to have a go at triathlons in 2008. He went on to compete in multiple Triathlon World championships and his best result saw him achieve 4th in the world at age 42.

Dmitri has achieved a wide range of qualifications in the field of health, fitness and nutrition, which collectively classifies him as a holistic health and fitness expert. He has been offering fitness-training packages for the last 15 years and coaches many elite athletes as well as training adults of all ages and levels of fitness.

Dmitri has demonstrable results of what it takes to commit to regular exercise and eating healthy foods while balancing life commitments. 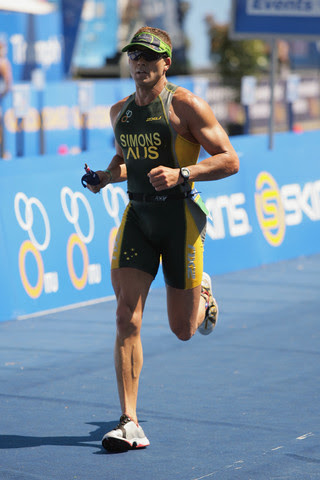 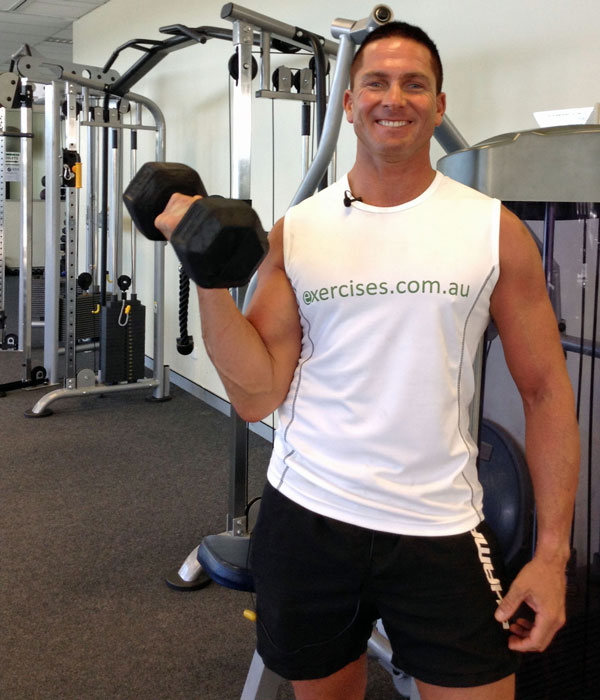 Dmitri features in over 400 of our exercise demonstration videos, and his knowledge and experience is a huge asset to not just exercises.com.au, but also the Australian fitness community.

Checkout our blog for Dmitri’s latest videos and articles and get motivated to live the fitness lifestyle just like Dmitri. 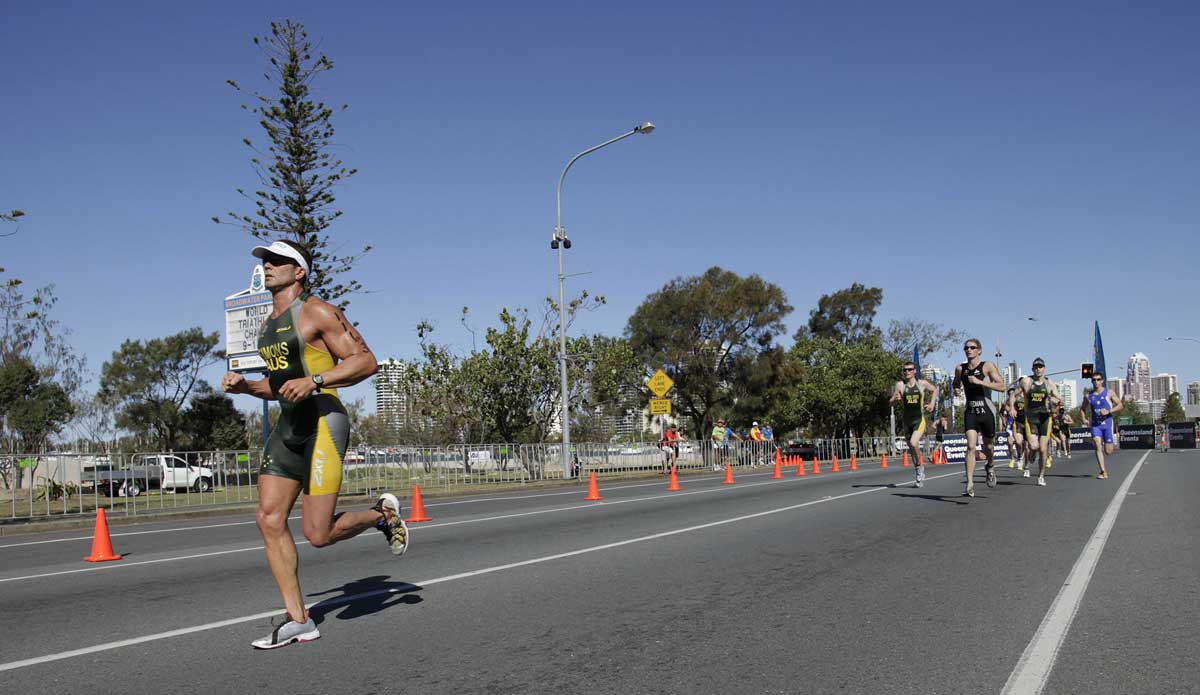 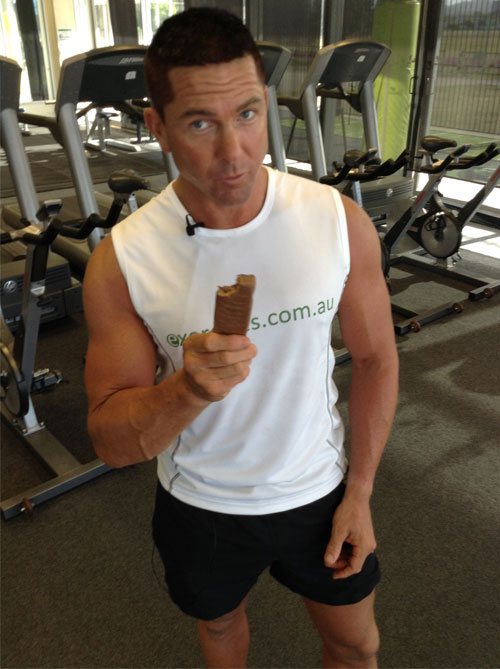 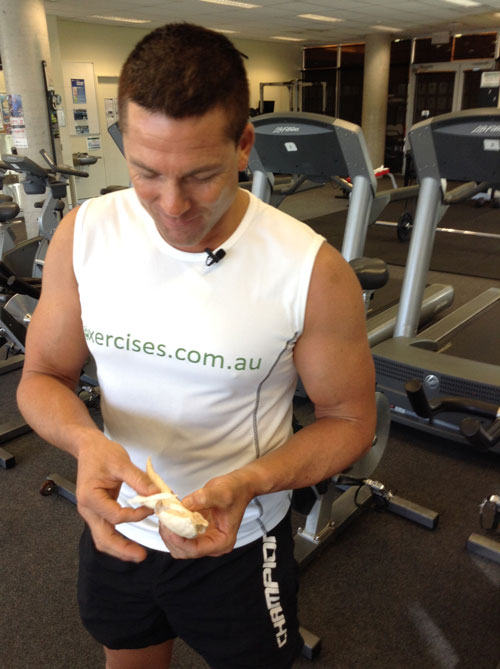 Dmitri gets a protein hit from chicken breast during filming

Dmitri demonstrates a new kind of exercise… no gym required!